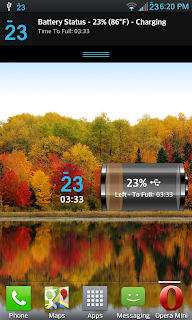 December 27, 2019
Android continues to throw wrenches into how GSam Battery Monitor gathers statistics.  That said, the changes are for the most part good from a security perspective, and Google has made it possible to continue to access much of the data - it just requires some re-work. Standard vs Enhanced Stats Standard:   For standard statistics (what you get if you don't run any ADB commands), GSam tracks things like bluetooth, phone, network, and screen usage using standard Android interfaces.  These all require GSam to be running at all times as a service in the background.  GSam is pretty efficient, so should have negligible impact on the battery. Enhanced:   In enhanced mode, the user needs to provide GSam with access to the BATTERY_STATS permission .  This allows GSam to access a wealth of data that Android collects.  In KitKat, Android removed the ability for apps to request access to this permission.  However in Lollipop and beyond, they partially restored the ability by allowing
Read more